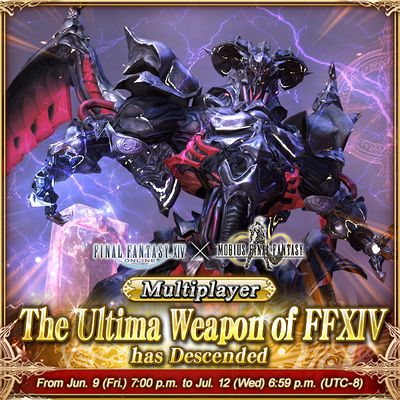 Ultima Weapon Sighted (or FFXIV's Ultima Weapon) is a high-end multiplayer challenge event. Four players pit themselves against Final Fantasy XIV's superboss, The Ultima Weapon (Sicarius). The battle is a single, brutal fight at ★3 to ★5 difficulties.

How to participate[edit | edit source]

Go to the Ring of Braves from the World Map. Find a party against The Ultima Weapon of ★3 to ★5 difficulty, or form a party of your own, with your choice of other players.

Defeating The Ultima Weapon gains special event-only Components, tradable at the Item Exchange in the Ring of Braves for special prizes. Items are available until 1 week after the event closes, at which time any leftover Ultimate Weapon components convert to other (light-based?) components. 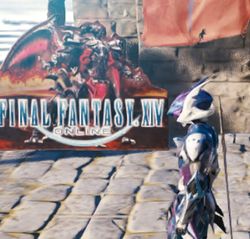