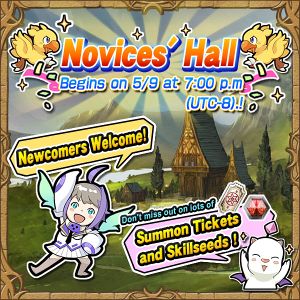 Novices' Hall is a tutorial region the Warrior of Light visits in Mobius Final Fantasy. It is run by the moogle Mogistotle.


Phase 2, covering Warriors, Mages and Rangers, was released on Dec 2, 2017. Each of the three branches starts by giving you the Job and related Ability Cards to run the lessons (permanently!), as well as most of the Skillseeds and Crystals needed to upgrade them.
rewards. 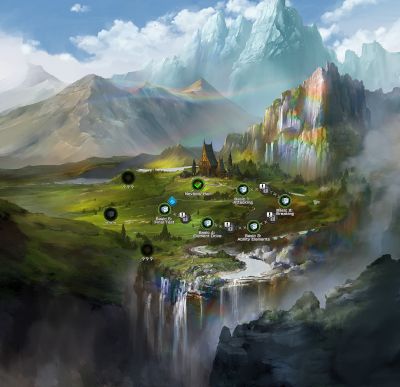 There are a total of 53 areas and 16 treasure chests. All areas are major locations.

Most locations require a specific Job and a few specific Ability Cards to be equipped.

There will also be many locks blocking your forward progress, but these are satisfied by making use of the lessons taught just before the locks.