Mandragora Prince is one of the special Mandragora Fiends in Mobius Final Fantasy, appearing as a special foe during the Light of the Skies event. They come from the world of Final Fantasy XII, and are frequently seen with the Judge Magister. Mandragoras come in packs, sometimes of all the same type, more usually in a variety of types. They are status-boosting support fiends. 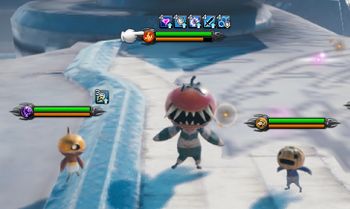 Mandragora Prince can appear as an enemy in the following: